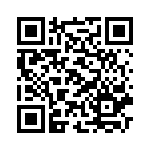 We meet in a week that could change theUnited Kingdom forever.

Indeed, it could end the United Kingdomas we know it.

On Thursday, Scotland votes, and thefuture of our country is at stake.

On Friday, people could be living in adifferent country, with a different place in the world and a different futureahead of it.

This is a decision that could break upour family of nations, and rip Scotland from the rest of the UK.

And we must be very clear.

There’s no going back from this. Nore-run.

This is a once-and-for-all decision.

If Scotland votes yes, the UK will split,and we will go our separate ways forever.

When people vote on Thursday they are notjust voting for themselves, but for their children and grandchildren and thegenerations beyond.

So I want to speak directly to the peopleof this country today about what is at stake.

I speak for millions of people acrossEngland, Wales and Northern Ireland – and many in Scotland, too...

...who would be utterly heart-broken bythe break-up of the United Kingdom.

Utterly heart-broken to wake up on Fridaymorning to the end of the country we love...

...to know that Scots would no longerjoin with the English, Welsh and Northern Irish in our Army, Navy and AirForce...

...or in our UK-wide celebrations andcommemorations...

...or in UK sporting teams from theOlympics to the British Lions.

The United Kingdom would be no more. NoUK pensions, no UK passports, no UK pound.

The greatest example of democracy theworld has ever known, of openness...

...of people of different nationalitiesand faiths coming together as one, would be no more.

It would be the end of a country thatlaunched the Enlightenment, that abolished slavery...

...the end of a country that peoplearound the world respect and admire...

... the end of a country that all of uscall home.

And you know what, we built this hometogether.

It’s only become Great Britain because ofthe greatness of Scotland.

Because of the thinkers, writers,artists, leaders, soldiers, inventors who have made this country what it is.

...and all the millions of people whohave played their part in this extraordinary success story...

...the Scots who led the charge onpensions and the NHS and on social justice.

We did all this together.

For the people of Scotland to walk awaynow would be like painstakingly building a home – and then walking out the doorand throwing away the keys.

So I would say to everyone voting onThursday, please remember.

This isn’t just any old country. This isthe United Kingdom. This is our country.

And you know what makes us truly great?

It’s not our economic might or militaryprowess – it’s our values. British values. Fairness. Freedom. Justice.

The values that say we don’t walk on bywhen people are sick...

...that we don’t ask for your credit cardin the hospital...

...that we don’t turn our backs when youget old and frail.

...that we don’t turn a blind eye or acold heart to people around the world who are desperate and crying out forhelp.

This is what Britain means. This is whatmakes us the greatest country on earth.

And it’s why millions of us could notbear to see that country ending – for good, for ever – on Friday.

Now I know that there are many peopleacross Scotland who are planning to vote Yes.

I understand why this might soundappealing. It’s the promise of something different.

I also know that the people who arerunning the Yes campaign are painting a picture of a Scotland that is better inevery way, and they can be good at painting that picture.

But when something looks too good to betrue – that’s usually because it is.

And it is my duty to be clear about thelikely consequences of a Yes Vote.

Independence would not be a trialseparation, it would be a painful divorce.

And as Prime Minister I have to tell youwhat that would mean.

It would mean we no longer share the samecurrency.

It would mean the armed forces we havebuilt up together over centuries being split up forever.

It would mean our pension funds sliced up– at some cost.

It would mean the borders we have wouldbecome international and may no longer be so easily crossed.

It would mean the automatic support thatyou currently get from British embassies when you’re travelling around theworld would come to an end.

It would mean over half of Scottishmortgages suddenly, from one day to the next, being provided by banks in aforeign country.

It would mean that interest rates in Scotlandare no longer set by the Bank of England – with the stability and security thatpromises.

It would mean that we no longer poolresources across the whole of the UK to pay for institutions like the NHS orour welfare system.

This is not guesswork. There are noquestion marks, no maybe this or maybe that.

These are the facts. This is what wouldhappen. An end to the things we share together.

And the people of Scotland must know thesefacts before they make this once-and-for-all decision.

To warn of the consequences is not toscare-monger...

...it is like warning a friend about adecision they might take that will affect the rest of their lives – and thelives of their children.

I say all this because I don’t want thepeople of Scotland to be sold a dream that disappears.

Now I know that some people say: we’veheard about the risks and the uncertainties...

...but we still want change.

Look. The United Kingdom is not a perfectcountry - no country is.

Of course we must constantly change andimprove people’s lives.

No-one is content while there are stillchildren living in poverty.

No-one is content while there are peoplestruggling, and young people not reaching their potential.

Yes, every political party is different.

But we are all of us – Conservatives,Labour, Lib Dems, Nationalists – on a constant mission to change our countryfor the better.

The question is: how do you get thatchange?

For me it’s simple.

You don’t get the change you want byripping your country apart.

You don’t get change by undermining youreconomy and damaging your businesses and diminishing your place in the world.

But you can get real, concrete change onThursday: if you vote No.

‘Business as usual’ is not on the ballotpaper. The status quo is gone.

This campaign has swept it away.

There is no going back to the way thingswere.

A vote for No means real change.

And we have spelled that change out inpractical terms, with a plan and a process.

If we get a No vote on Thursday, thatwill trigger a major, unprecedented programme of devolution with additionalpowers for the Scottish Parliament.

We have agreed a timetable for that strongerScottish Parliament: a time-table to bring in the new powers that will go aheadif there is a No vote..

...a White Paper by November, put intodraft legislation by January.

This is a timetable that is now agreed byall the main political parties and set in stone...

...and I am prepared to work with all themain parties to deliver this during 2015.

So a No vote actually means faster,fairer, safer and better change.

And this is a vital point: Scotland isnot an observer in the affairs of this country.

Scotland is shaping and changing theUnited Kingdom for the better – more so today than at any point in the lastthree hundred years...

...and will continue to help shape theconstitution of our country.

And Scottish people can enjoy theadditional powers its Parliament gives without losing the UK pension, the UKpound or the UK passport.

Real change is Scotland’s for the taking.

The power to set your own course and makeyour own decisions...

...with the security of being in theUK...

...without the risks of going it alone.

It’s the best of both worlds.

...and in the last 15 years you havebuilt a strong Scottish Parliament...

...not a fleeting institution but apermanent one.

So the vote on Thursday is not aboutwhether Scotland is a nation.

Scotland is a proud, strong, successfulnation.

The vote on Thursday is about twocompeting visions for Scotland’s future.

The Nationalists’ vision of narrowingdown, going it alone, breaking all ties with the UK.

Or the patriotic vision of a strongScottish nation allied to the rest of the United Kingdom...

...with its own stronger ScottishParliament at its heart...

...and with the benefits of workingtogether in the UK on jobs, pensions, healthcare funding, the currency,interest rates.

It really is the best of both worlds...

...and it’s the best way to get realchange and secure a better future for your children and grandchildren.

And speaking of family – that is quitesimply how I feel about this. We are a family.

The United Kingdom is not one nation.

We are four nations in a single country.

That can be difficult….

…competing with each other...

…even at times enraging each other…

…while still being so much strongertogether.

We are a family of nations.

Why should the next generation of thatfamily be forced to choose whether to identify only with Edinburgh or only withLondon...

...choose which embassy they want to goto when they are in trouble abroad...

...or pack their passport when they’regoing to see friends and loved ones.

A family is not a compromise, or a secondbest, it is a magical identity, that makes us more together than we can ever beapart...

...so please – do not break this familyapart.

In human relations it’s almost never agood thing to turn away from each other, put up walls, score new lines on themap.

Why would we take one Great Britain andturn it into separate smaller nations?

What is that an answer to?

…or the pensioner who just wantssecurity…

…or the family relying on jobs make inthe UK?

Let no-one fool you that ‘Yes’ is apositive vision.

It’s about dividing people, closingdoors, making foreigners of our friends and family.

This isn’t an optimistic vision.

The optimistic vision is of our family ofnations staying together…

…there for each other in the hard times…

…coming through to better times.

We’ve just pulled through a greatrecession together.

The road has been long but it is finallyleading upwards...

…and that’s why I ask you to vote No towalking away.

…and you are investing in the future foryour children and grandchildren.

So this is our message to the people ofScotland. We want you to stay.

Head and heart and soul, we want you tostay.

Please don’t mix up the temporary and thepermanent.

If you don’t like me – I won’t be hereforever.

If you don’t like this Government – itwon’t last forever.

But if you leave the UK – that will beforever.

Yes, the different parts of the UK don’talways see eye-to-eye.

Yes, we need change – and we will deliverit.

But to get that change, to get a brighterfuture, we don’t need to tear our country apart.

In two days, this long campaign will beat an end.

And as you stand in the stillness of thepolling booth, I hope you will ask yourself this.

Will my family and I truly be better offby going it alone?

Will we really be more safe and secure?

Do I really want to turn my back on therest of Britain, and why is it that so many people across the world are asking:why would Scotland want to do that? Why?

And if you don’t know the answer to thesequestions – then vote No.

At the end of the day, all the argumentsof this campaign can be reduced to a single fact. We are better together.

So as you reach your final decision,please:

Don’t let anyone tell you that you can’tbe a proud Scot and a proud Brit.

Don’t lose faith in what this country is– and what we can be.

Don’t forget what a great United Kingdomyou are part of.

Don’t turn your backs on what is the bestfamily of nations in the world...

...and the best hope for your family inthis world.

So please, from all of us: Vote to sticktogether... Vote to stay...

...Vote to save our United Kingdom. 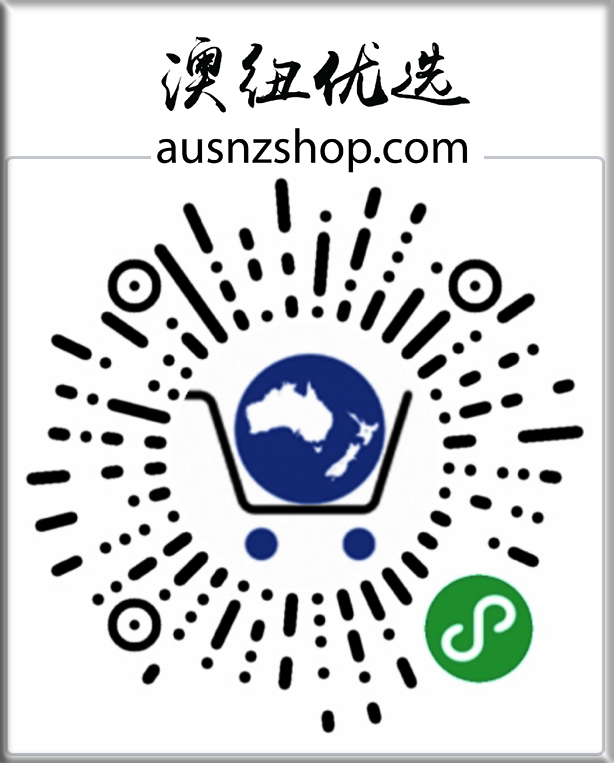